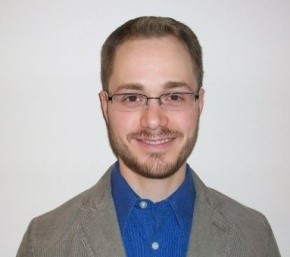 Joseph T. Case (S’99 - M’08) received his B.S. in physics and electrical engineering with honors in 2003, received his M.S. in electrical engineering in 2006, and received his Ph.D. in electrical engineering in December 2013 from the Missouri University of Science and Technology (Missouri S&T), formerly University of Missouri-Rolla (UMR). He is currently a member of the technical staff at the Aerospace Corporation since January 2014. He performs research in the Physical Sciences Laboratory in the field of nondestructive testing specializing in microwave and millimeter wave methods (http://www.aerospace.org). Previously, he was a postdoctoral fellow at Missouri S&T in the Applied Microwave Nondestructive Testing Laboratory (amntl) (http://amntl.mst.edu). He started at the amntl in 1999 also serving roles as an Undergraduate and Graduate Research Assistant. He has also worked in the microwave testing lab at NASA Marshall Space Flight Center for intervals between 2004 and 2007. His research interests include real-time imaging systems, digital signal and image processing, multi-modal nondestructive evaluation, free-hand image formation, synthetic aperture radar, three dimensional rendering, and numerical methods. He has over 40 technical publications consisting of journal articles, conference proceedings, and technical reports. He was honored with the 2010 National Science Foundation Graduate Research Fellowship, 2006-2007 MST Chancellor's Fellowship, the 2004 Outstanding Graduate Teaching Assistant at the University of Missouri-Rolla, and the 2002 Norman R. Carson Award as the Outstanding Junior Electrical Engineering Student.

© 2020 - Curators of the University of Missouri | UM System | Privacy Policy
Missouri S&T is an equal opportunity/access/affirmative action/pro-disabled and veteran employer and does not discriminate on the basis of sex in our education
programs or activities, pursuant to Title IX and 34 CFR Part 106. For more information, see S&T's Nondiscrimination Policy or Equity and Title IX.